A series on Detroit City FC and their colorful supporter group, the Northern Guard. 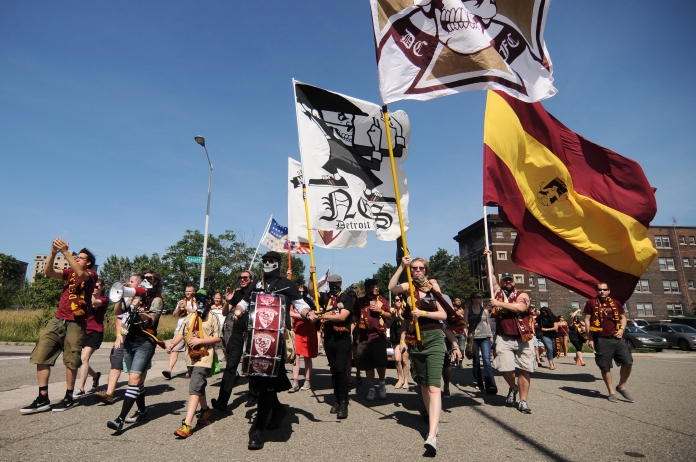 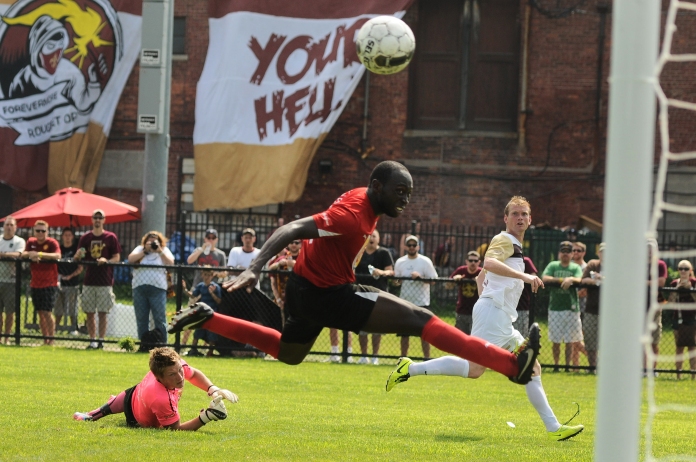 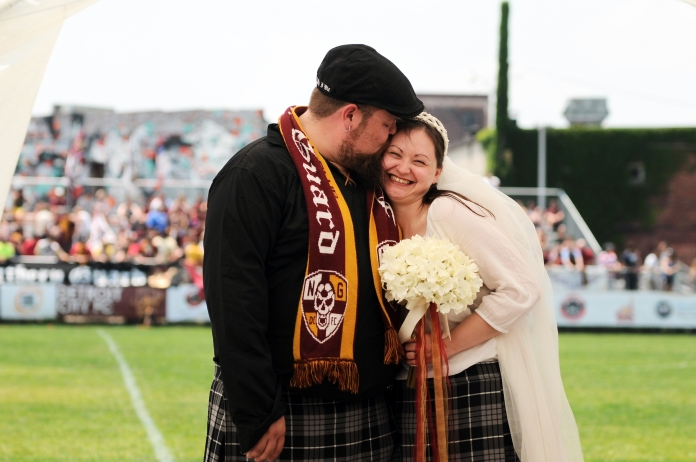 Alex Spawr, 31, of Clawson and Katie Forzley, 28, of Troy, tied the knot during half time of Detroit City FC’s game against Buffalo FC at Cass Technical High School in Detroit Sunday afternoon, June 23. Along with their family, maid of honor and best man, 1,895 attendees and soccer hooligans cheered on the couple who wed at the half line. The couple, who met 14 years ago, has attended every DCFC match except one in the club’s two seasons. (Tanya Moutzalias | MLive.com) 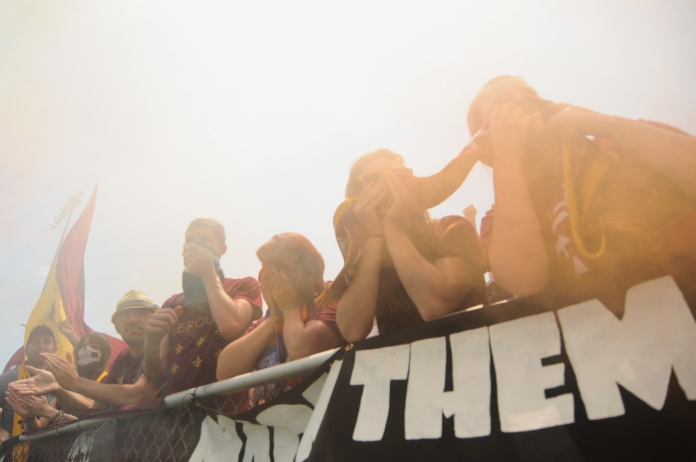 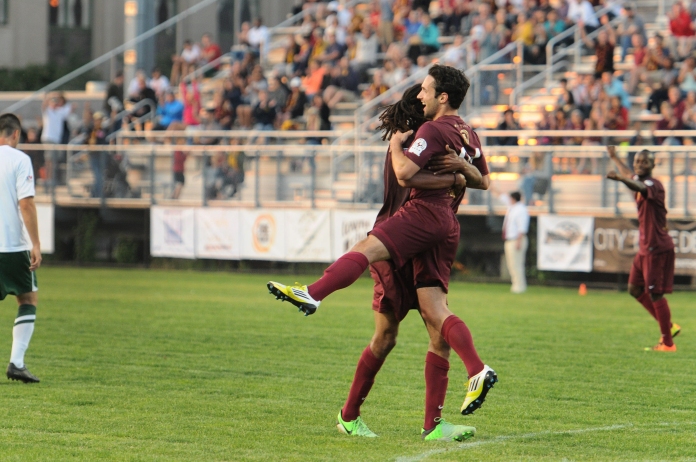 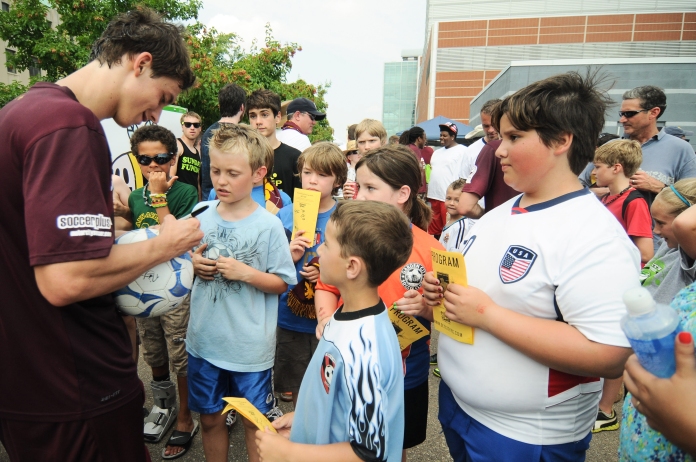